Plastic pollution and climate change are very real. Even in the remotest parts of the earth. In fact, those remote polar regions are the sections of earth that feel climate change effects the most. And those same environments, far from human habitation, are subject to some of the same plastic pollution we struggle with in our cities. Whilst we may toss something in the ocean on one shore it simply washes up on another. The ocean isn’t as big as it seems. 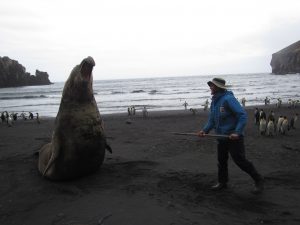 So says Kyle Lloyd, a KZN resident, scientist and former Marion Island expedition member. Kyle spent over a year on Marion as a ‘sealer’ recently, observing and gathering data on the southern elephant seal, the Subantarctic fur seal and the Antarctic fur seal.

Marion Island is a Subantarctic Indian Ocean island that is part of South Africa. It is principally 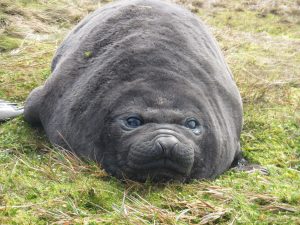 A seal on Marion Island

M73, the expedition Kyle was part of in 2016, was the 50th year of scientific research on this island. His work with the seals formed part of a study that has been going for 35 years and is currently being used by him to write a PhD examining population ecology. 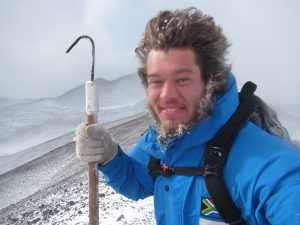 Kyle loved communing with nature during his time on Marion. ‘I really enjoyed the periods of time I spent by myself just being around the animals, watching the pups, seeing the mothers come out of the ocean, calling to their pups and showing maternal care,’ he says. But seeing plastic bottles wash up on the shores of this so-called ‘pristine environment’ was disheartening.

‘Refuse the straw’, ‘cutting out single-use plastics’ and ‘keeping our beaches clean’ are movements that may seem small in the face of global warming and ocean pollution. But they do make a difference and Umhlanga Tourism thoroughly endorses them. Let’s heed the call of scientists who have seen the effects of plastic pollution and keep at it.